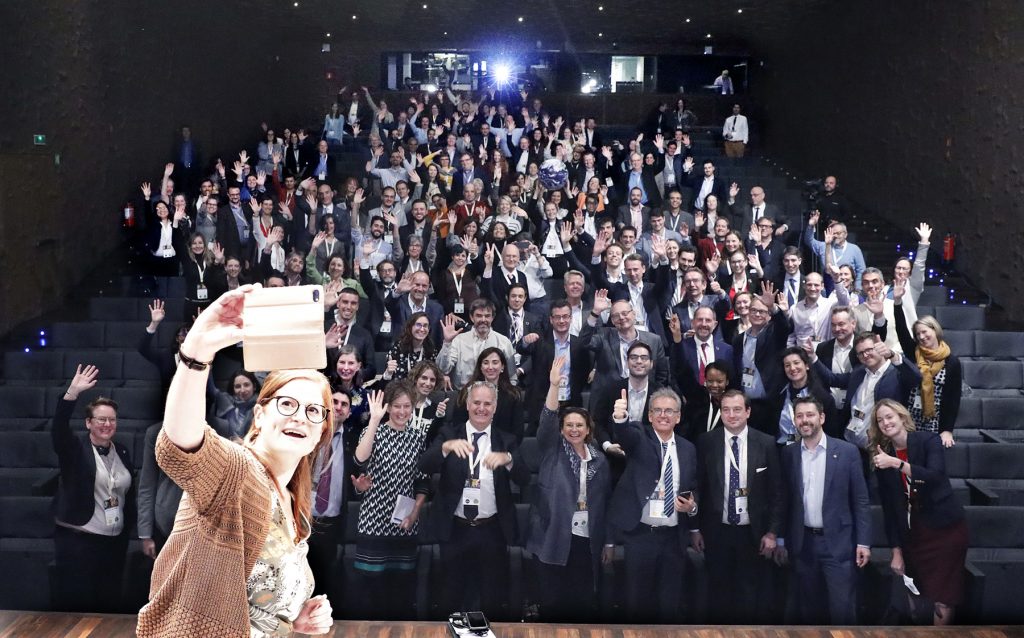 The European Business and Nature Summit brings together businesses, finance sector, governments, academia and civil society from around the world to scale up integration of nature into decision-making in the run-up to the 2020 UN Biodiversity Conference

Conscious of the need to address the ecological and climate crisis that we face, leading public and private organisations have joined forces to convene in Madrid in the framework of the European Business and Nature Summit (EBNS) more than 300 professionals from all economic and social sectors to strengthen their commitment on halting the loss of biodiversity and ensure the health of ecosystems.

Globally, we have been underestimating, or ignoring, the risks associated to continuous loss of nature and its services, which has led us to the current environmental emergency. We need nature to survive and thrive. Stable climate, fresh air, minerals and clean water, healthy soil and pollinators that nurtures our crops are dependent upon the good state of preservation of nature. It is urgent to guarantee the good health of ecosystem services -the benefits that flow from nature to people and underpin human well-being and economy, which requires to get on board in this mission as many decision-makers as possible.

To help business and finance sectors to better mainstream the impacts and dependencies that their operations and portfolios have on nature, the EU Business and Biodiversity platform (B@B), Ecoacsa, Fundación Empresa y Clima, Fundación Biodiversidad from the Spanish Ministry for Ecological Transition –through the Spanish Business and Biodiversity Initiative (IEEB)- and the Ministry of Environment of Finland have gathered in the EBNS –the largest event within the Natural Capital Week 2019– more than 300 leaders and other voices at all levels of organisations around the world to demonstrate how nature can be a powerful ally in global efforts to revert the loss of biodiversity, limit climate change and its impacts on people and the planet.

Close to 80 speakers have contributed to the agenda of the EBNS, who have shared real examples, methologies, partnerships, iniciatiatives and commitments with the aim at generating net positive impact for nature.

The summit has been moderated by Eva Zabey, Executive Director of Business for Nature, and some of the global organisations and European policy, conservation and business leaders who have joined her at the EBNS are Daniel Calleja, European Commission DG Environment; Hugo Morán, Spanish Secretary of State for Environment from the Ministry of Ecological Transition; Terhi Lehtonen, Secretary of State of Finland; Anne Larigauderie, Executive Secretary of the Intergovernmental Platform on Biodiversity and Ecosystem Services (IPBES); Peter White, Ambassador for Biodiversity and CBD COP 15 at WBCSD; Marco Lambertini, General Director of WWF International; Mark Gough, CEO of Capitals Coalition; Valentín Alfaya, president of the Spanish Green Growth Group (GECV), Joaquín Garralda, president of Spainsif, and David Álvarez, CEO of Ecoacsa.

Collaborating entities to the EBNS are the Association for Sustainability and Progress of Societies (ASYPS), Business for Nature, the UN Convenion on Biological Diversity (CDB), the World Business Council for Sustainable Development (WBCSD), Fundación Conama, Fundación Global Nature, Fundación “la Caixa”, the Natural Capital Coalition and We Value Nature. The congress is financially supported by the European Commission and Fundación Biodiversidad, with contributions from the Natural Capital Summit, Bayer, Calidad Pascual, Everis Ingeniería, Ferrovial and Grupo Red Eléctrica.

An Action Agenda for Nature and People was launched at the United Nations (UN) Biodiversity Conference in 2018. This agenda aims to catalyse actions from all sectors and stakeholders of society in support of biodiversity, and support the adoption of an ambitious post-2020 global biodiversity framework at the fifteenth meeting of the Conference of the Parties (COP15) of the Convention on Biological Diversity taking place in Kunmin (China) in 2020.

As the rest of events organised under the umbrella of the Madrid Natural Capital Week 2019, the EBNS is a stepping stone in the global run to reinforce the role of businesses in realising ambitious goals and set us in the path of meeting biodiversity international commitments and reducing global ecological footprint by adopting a long-term approach to value their relationship with nature and enhance efforts to halt the loss of natural resources. 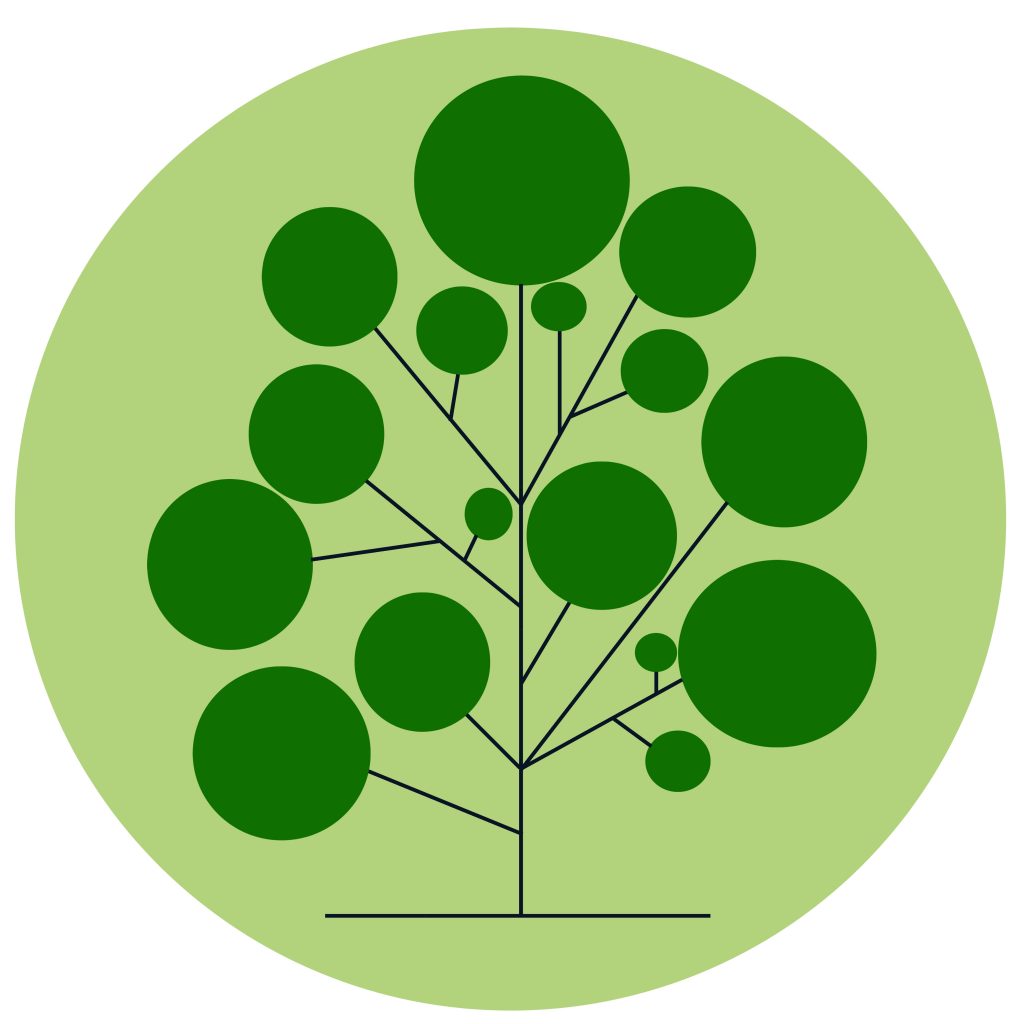 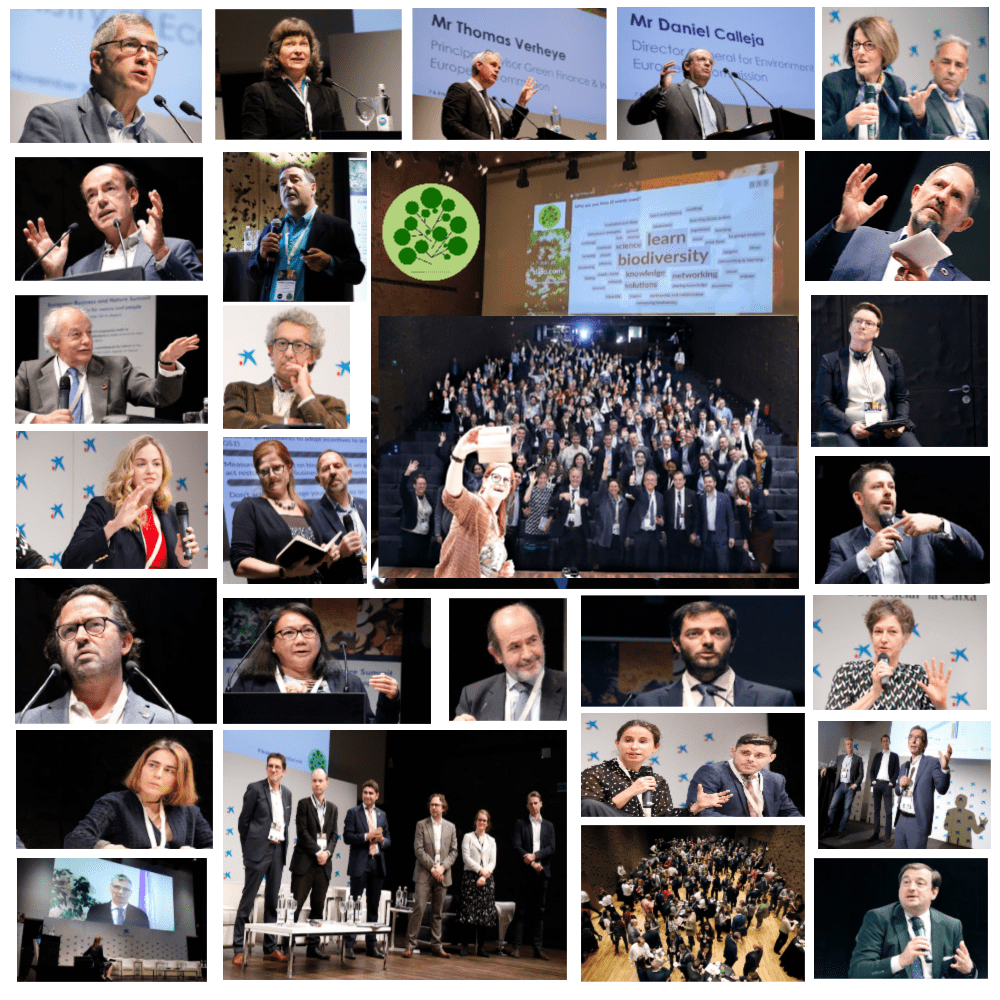 Building action for nature and people: The role of businesses and financial institutions

Explore all videos and presentations 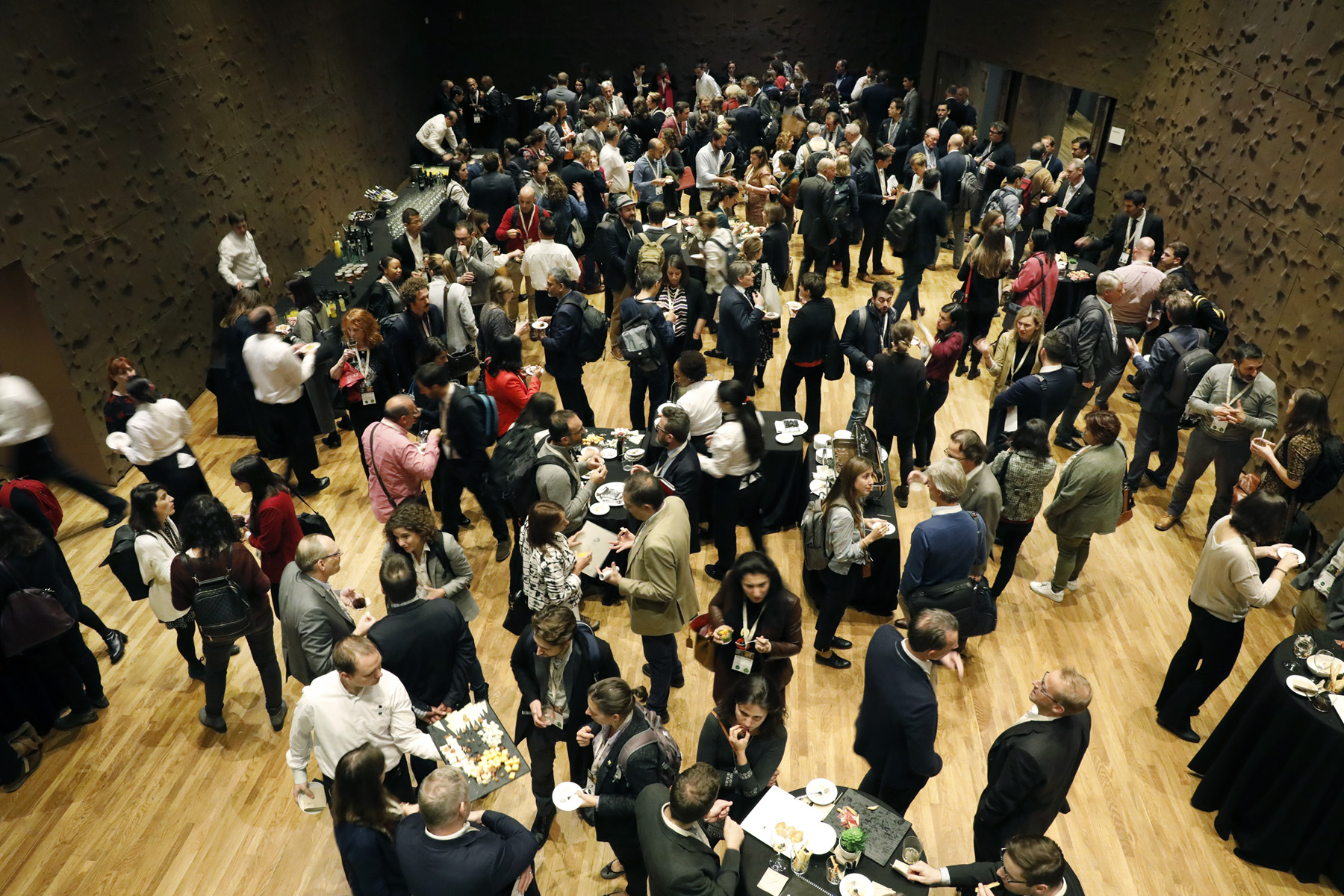 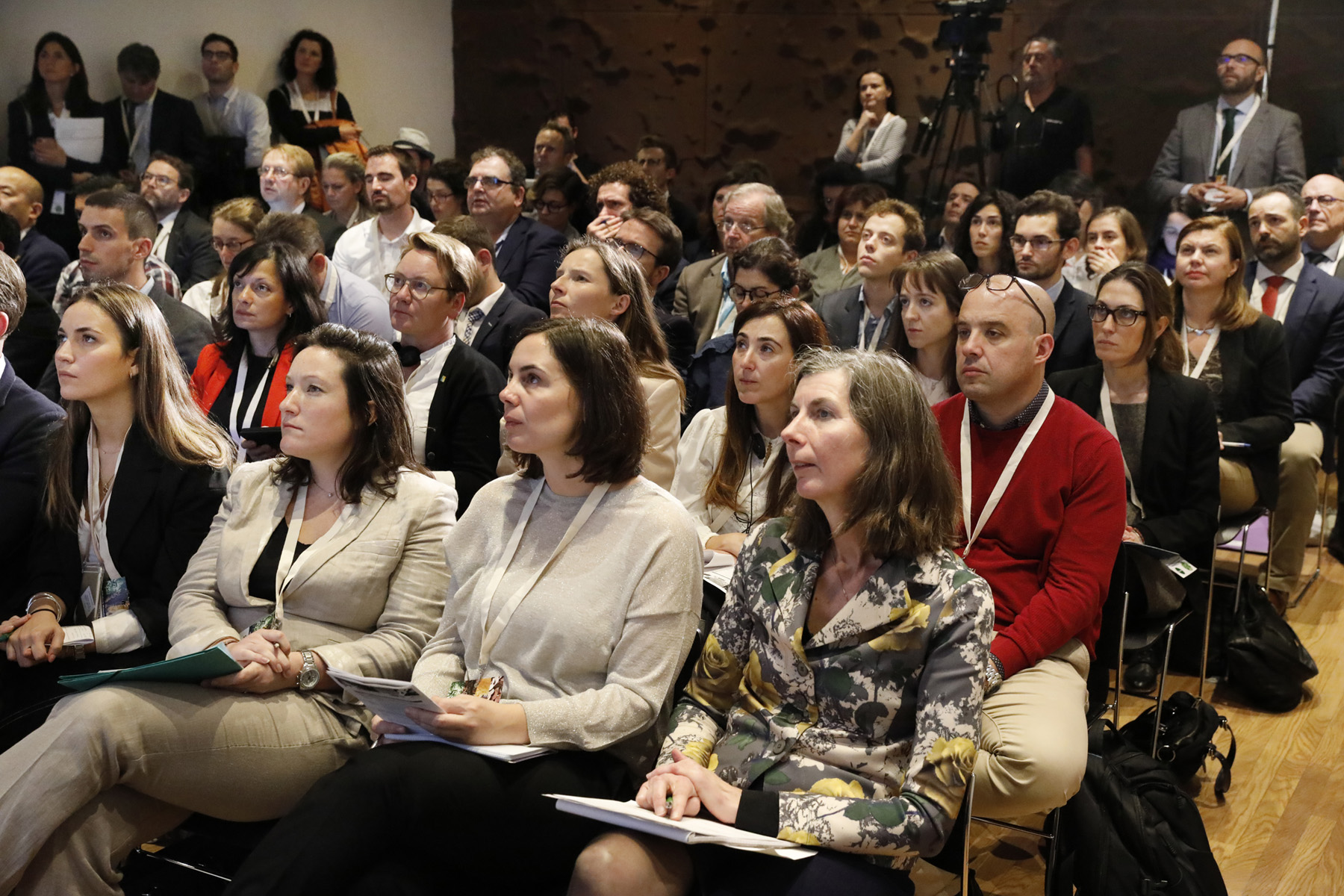 Explore all videos and presentations

Two conferences in one

The European Business and Nature Summit will provide:

An Action Agenda for Nature and People was launched at the United Nations (UN) Biodiversity Conference in 2018. This agenda aims to catalyse actions from all sectors and stakeholders of society in support of biodiversity, and support the adoption of an ambitious post-2020 global biodiversity framework at the fifteenth meeting of the Conference of the Parties (COP15) of the Convention on Biological Diversity taking place in 2020. This New Deal for Nature and People will, in its turn, be a basis for the post-2020 EU biodiversity strategy. 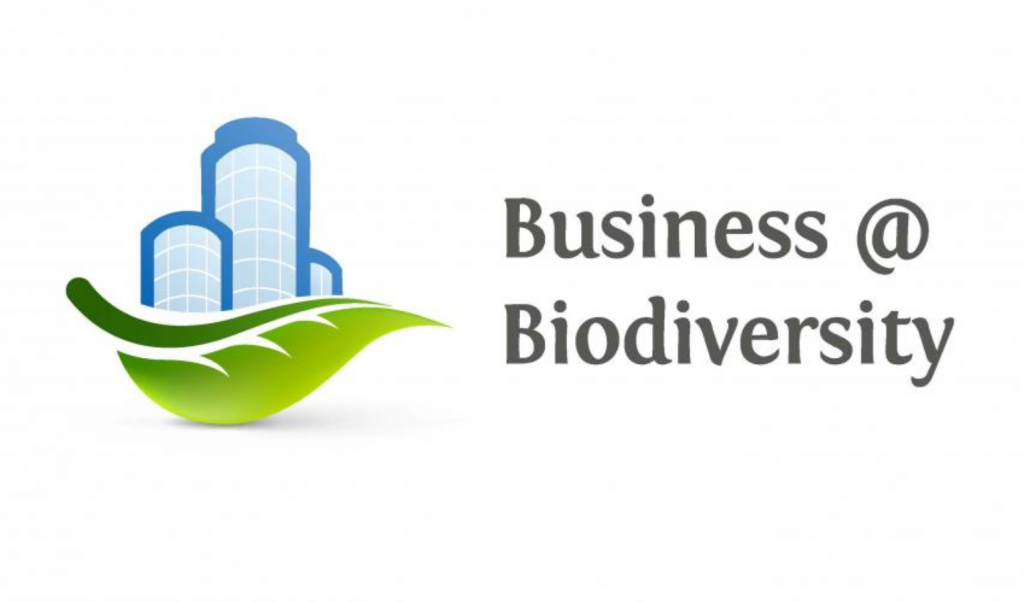 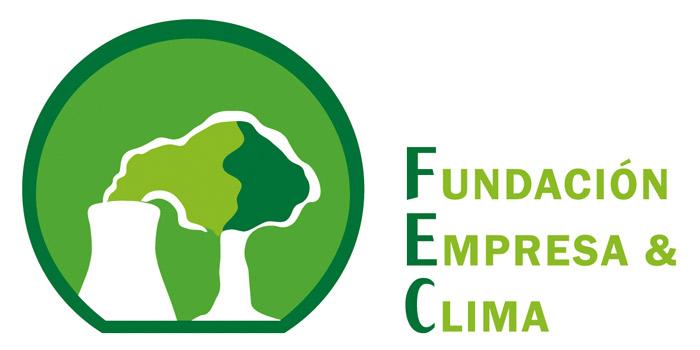 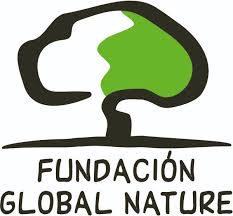 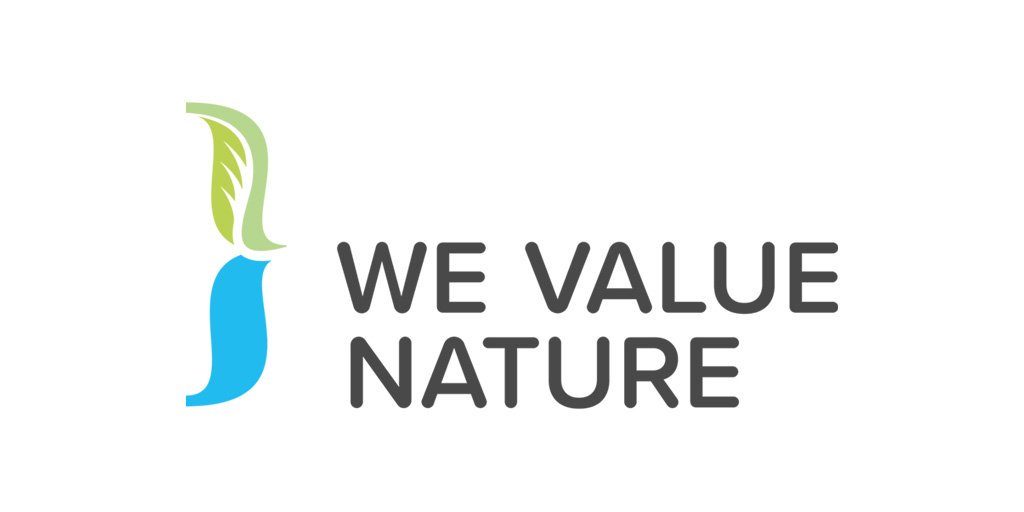 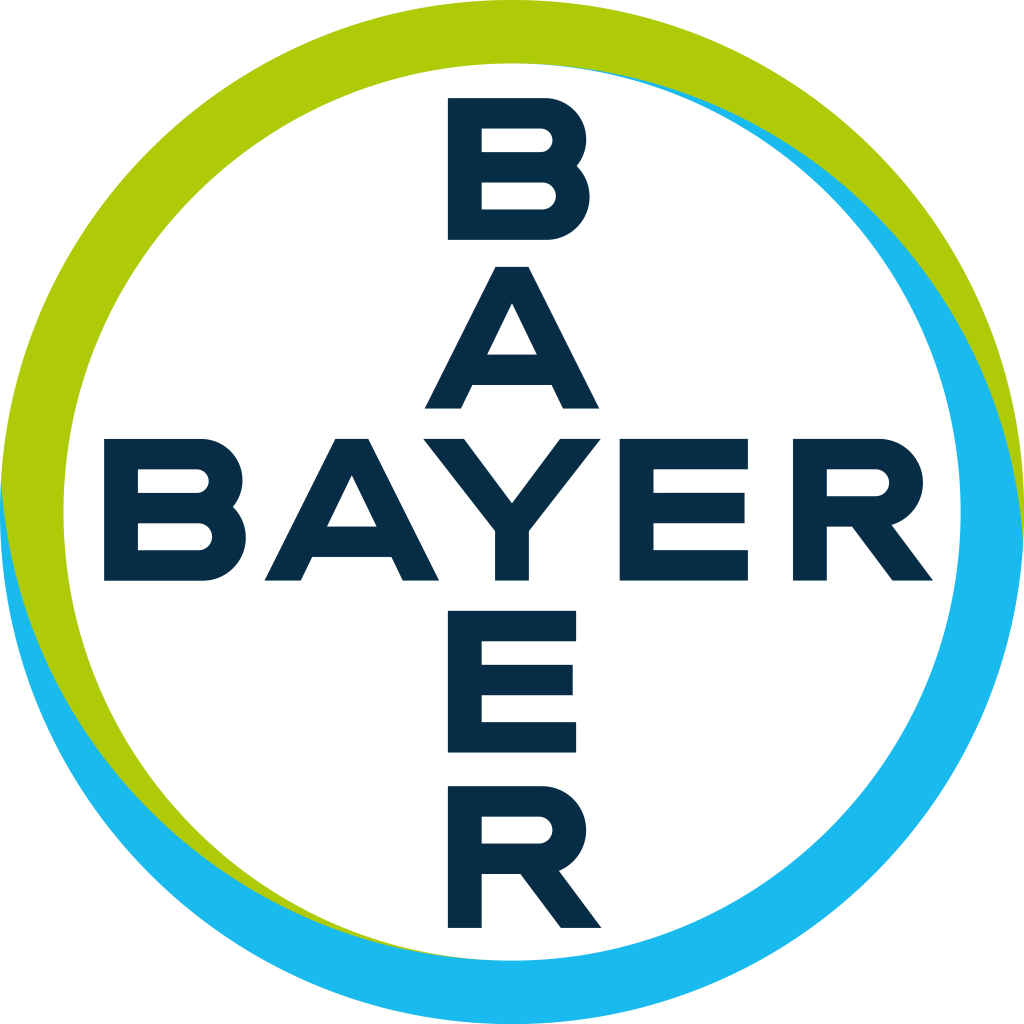 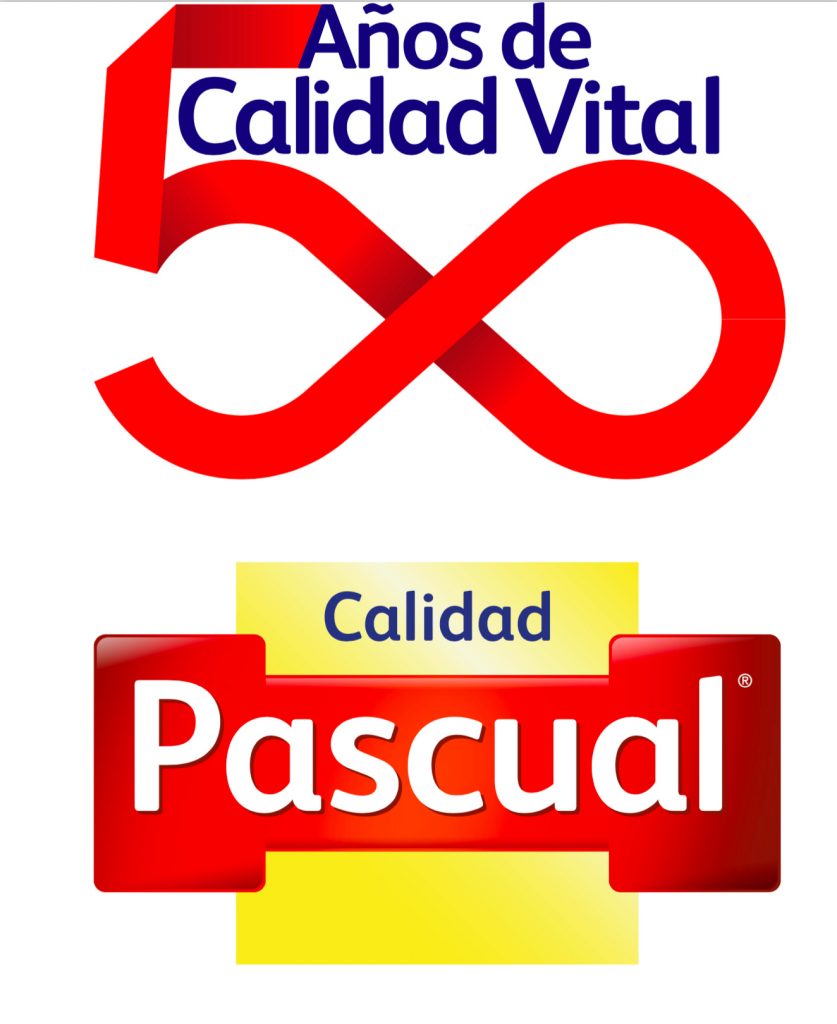 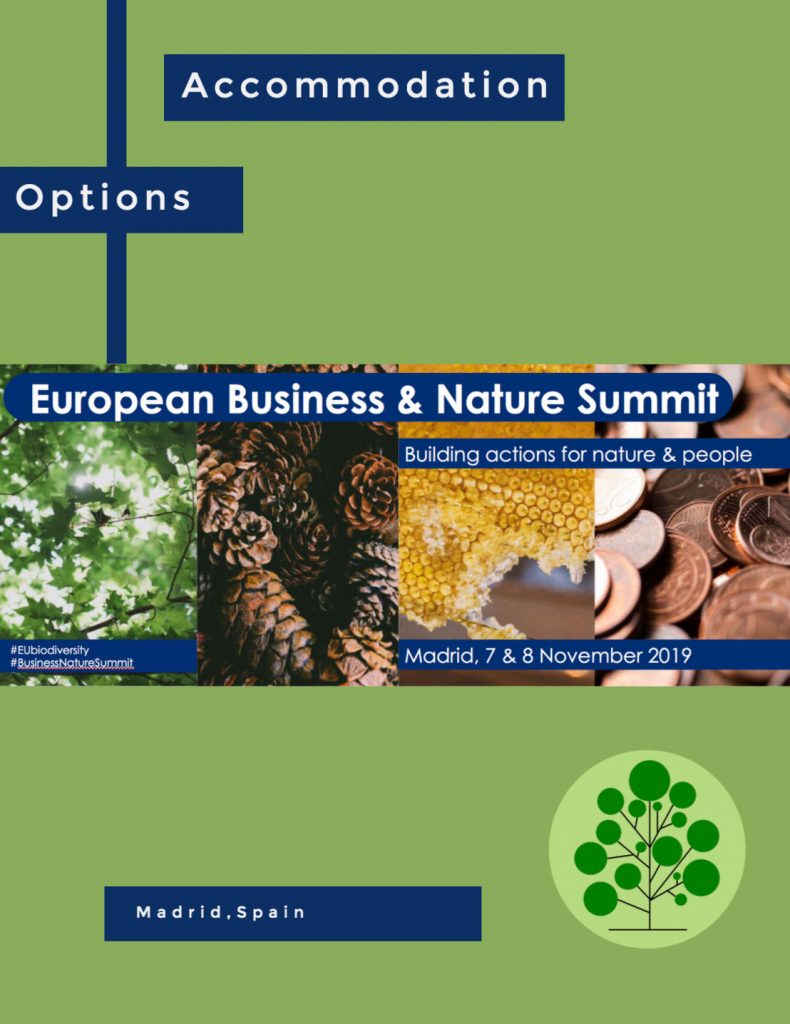 By offsetting your CO2-emissions, you are voluntarily contributing to reducing your impact on the environment. Click here for more information

EBNS takes place in the framework of

Cookies
To make this site work properly, we sometimes place small data files called cookies on your device. Most big websites do this too.
Accept